Image source: www.itechfreak.com After analysing some logs we got, it was obvious that the calls that had been made were successful attempts in placing calls to expensive and exotic numbers, and the biggest one was Sierra Leone. one of the most common places these thieves dial. What was involved: 1) Two PaBXes, one PBX A and the other was Asterisk running FreePBX 2) TollFree number, e.g. 1800XX Please note, this attempt was NOT via SIP (or hacked extensions) but pure PSTN and therefore can happen to anyone who connects to an Asterisk box or for that matter any kind of PaBX.   What happened? 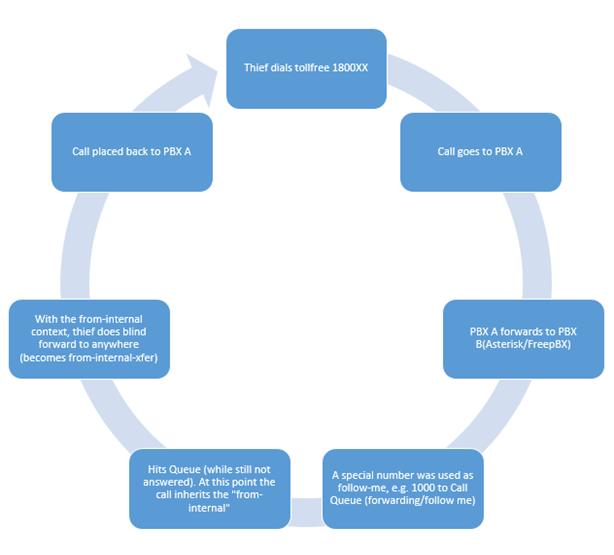 Notes about this attack

What you should know about this method

What should you do? – And make this a habit when deploying any Asterisk/FreePBX solution for your customers!